Radio Haugaland’s new demo app makes the most of the high quality and low data-rates of xHE-AAC®, which was co-developed by Fraunhofer IIS.

The latest MPEG audio codec to have been developed with the input of Fraunhofer IIS, xHE-AAC (or MPEG Extended High-Efficiency AAC) is already making waves with broadcasters worldwide thanks to its impressive feature-set.

A new upgrade to the popular MPEG AAC family, xHE-AAC is designed to deliver great stereo audio at a range of bitrates (from 16 kbit/s to 64 kbit/s and more) or mono audio at bitrates as low as 6 kbit/s without any negative impact on quality. Thanks to its flexibility and low bitrate requirements, xHE-AAC is already used by Digital Radio Mondiale as the mandatory audio codec for digital terrestrial transmissions worldwide. It is also intended to enable uninterrupted streaming, ensuring that users can continue to enjoy their favorite programs even when confronted by poor connectivity such as 2G.

Now the codec has been implemented by one of Norway’s most popular broadcasters, Radio Haugaland. Home to a wide variety of news, sports and entertainment content. Radio Haugaland has selected xHE-AAC to deliver superb, seamless audio for its bespoke new app and started evaluation of the new codec. Radio Haugaland is the first broadcaster which tests xHE-AAC in a streaming app.

Alongside xHE-AAC, the app incorporates another technology: Journaline®. A data application originally devised for DAB and DRM digital radio systems; Journaline provides a wealth of background textual information such as news or background information about the musician and the song that can be accessed quickly and easily by listeners

Developed as part of “The Radio Hub project” by Radio Haugaland’s parent company, A-Media AS, the app allows radio listeners to enjoy their favorite shows via smartphones or tablets. The goal of the Radio Hub project is to enable small local radio stations to easily create an interesting radio program and add multimedia content such as pictures and texts to the program.

A timely addition to the Radio Haugaland offering, the app is available now in the Google Play Store and Amazon App Shop for testing purposes. A version for iOS is expected soon.

xHE-AAC – Bridging the gap between speech and audio coding

xHE-AAC combines the advantages of existing speech and music codecs within one technology.  Whether it’s talk, a music program or a jingle within a radio program, the codec enables consistent high quality at low bit rates for both music and speech. As a consequence, xHE-AAC can readily improve the quality of existing low bitrate services, or allow more audio channels to be transmitted at a given bitrate. With broadcasting service requirements now changing more rapidly than ever as we move firmly into the streaming era, the codec’s flexibility in this regard is destined to become a significant asset. 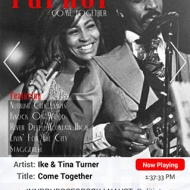