In these unusual times, Fraunhofer IIS remains committed to the further development of the audio community. We have therefore adapted our events to a digital format to ensure that they serve all community members. One result of our efforts is a webinar series aimed at guiding participants through the ecosystem and production of MPEG-H Audio.

These virtual sessions offer you a way to learn more about MPEG-H features, the latest developments, and possible directions for the future. The interactive format allows you to ask questions that are specific to your case, establish contact with our experts and receive practical advice for your workflows.

The webinar series has now been completed. Many thanks to everyone who participated!

In the U.S., immersive (surround sound plus sound from above) sound is largely a feature film cinema experience, perhaps with a Blu-ray release. But, did you know immersive sound is part of ATSC 3.0 and some networks have been broadcasting immersive TV sound for three years? Or, that Amazon Music offers immersive music on their smart speaker?

All these uses are made possible by the open-standard MPEG-H audio system primarily developed by Fraunhofer, which also offers ‘turn down the announcer’ interactivity. Robert Bleidt will explain the concepts behind immersive sound and interactivity, and discuss its use in broadcast, streaming, and music markets.

Our speakers will share the great experience gained during live broadcast of major sports and music events and offer you a walk through live and post production tools for MPEG-H Audio. Special attention will be given to the metadata handling in production, which is a key factor for enabling all the new and exciting features of MPEG-H Audio. There will be also an introduction to the MPEG-H ADM Profile and interoperability with the Immersive Audio Bitstream (IAB) standard for immersive audio content.

Please get in touch with the Brazilian Society of Television Engineering (SET) in order to access the recording of the webinar: https://www.set.org.br/contato?lang=en

Everything you need to know about MPEG-H Audio

In this webinar, our speakers will guide you through an end-to-end MPEG-H Audio broadcast and streaming chain, from production tools and encoding to end devices that support MPEG-H Audio. Professional equipment already available from major providers will be showcased together with case studies of tests done over ATSC, DVB and ISDB networks with broadcasters worldwide. Our speakers will share the great experience gained during live DASH and HLS streaming of major sport and music events where viewers at home were able to enjoy MPEG-H immersive and interactive sound on their existing Android TV set-top boxes.

Next Generation Audio is already a reality with MPEG-H: the system has been on the air 24/7 in South Korea since the launch of its UHDTV system in May 2017 and since last year MPEG-H powers Sony’s 360 Reality Audio immersive music experience already enabled in several commercial streaming services worldwide, including Amazon Music HD, Tidal, Deezer, nugs.net and Sony Select.

You may be wondering, “Can users make their own immersive and interactive mixes with MPEG-H?” The answer is yes, and producers always have full control over the advanced MPEG-H personalization features. This webinar on post-production tools will answer all your questions on how to produce MPEG-H Audio and create an entirely new audio experience for your audience. There will be also an introduction to the MPEG-H ADM Profile.

“How can I produce immersive and interactive content today using my existing production workflows?” This is one of the most important questions we receive from broadcasters eager to enhance their services. It will be answered in the webinar as experts walk you through a live production and broadcast chain with MPEG-H, aimed at enabling its most advanced features in your existing facilities.

Together with its technology partners, Fraunhofer IIS has enabled a wide range of products for live authoring of MPEG-H content. Join our webinar and learn all about MPEG-H live production tools and the MPEG-H ADM Profile. 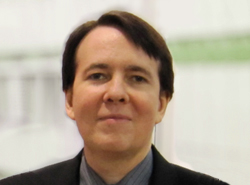 Robert Bleidt is the developer and architect of many systems aspects of the MPEG-H Audio System, including SDI and HDMI connectivity, stream splicing, and live production equipment and now manages the certification program for MPEG-H. Before joining Fraunhofer, Robert was president of Streamcrest Associates, a product and business strategy consulting firm in new media technologies. Previously, he was Director of Product Management and Business Strategy for the MPEG-4 business of Philips Digital Networks and managed the development of Philips’ Emmy-winning asset management system for television broadcasting. 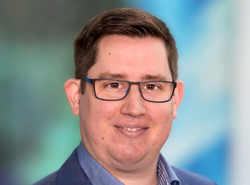 Nicolas Faecks’s professional research focuses on all-IP workflows and MPEG-H 3D Audio systems. He has served as an expert system engineer at numerous MPEG-H live appearances, assuming responsibility for the MPEG-H Audio broadcast and streaming systems for major events: the French Tennis Open, the European Athletics Championships, the Eurovision Song Contest and the Youth Olympic Games, to name a few. 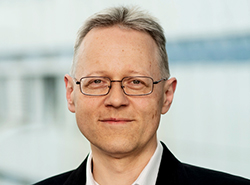 Harald Fuchs’s professional interest is directed toward object-based and Next Generation Audio, focusing specifically on their benefits for media applications.

As the product manager for MPEG-H Audio, he brought this technology from its early development to its current prominence: starting with enabling MPEG-H Audio in broadcast and streaming systems such as ATSC 3.0 and DVB, and then on to refining object-based audio with dialogue enhancement and improved speech intelligibility features in broadcast applications. 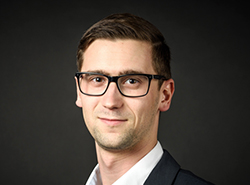 With a specialization in audiovisual media, Yannik Grewe serves as a scientist and field application engineer for MPEG-H Audio. His research in 3D audio production and reproduction technologies has resulted in the publication of numerous papers on these topics. He is extensively involved as a sound engineer in producing immersive music applications and MPEG-H Audio for major events, such as the European Athletics Championships, the Eurovision Song Contest or Rock in Rio. 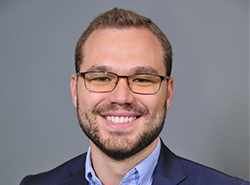 Adrian Murtaza serves as Fraunhofer’s Senior Standards Manager on a number of industry standards bodies, including DVB, ATSC, CTA, HbbTV and SCTE, and is the co-author of multiple specifications in those groups. He joined MPEG in 2013 and since then has helped develop various audio technical standards.

His current role includes extensive work with major broadcasters and streaming service providers in Europe and South America in enabling MPEG-H Audio in their ecosystems. With a strong interest in new innovative VR, AR and XR media solutions, he is actively involved in MPEG’s efforts on MPEG-I, focusing on future immersive applications.